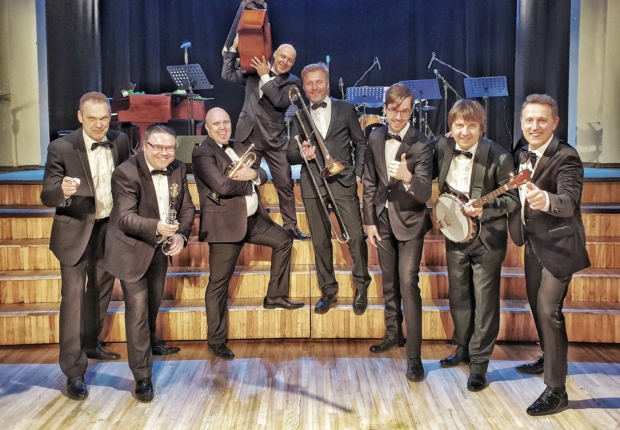 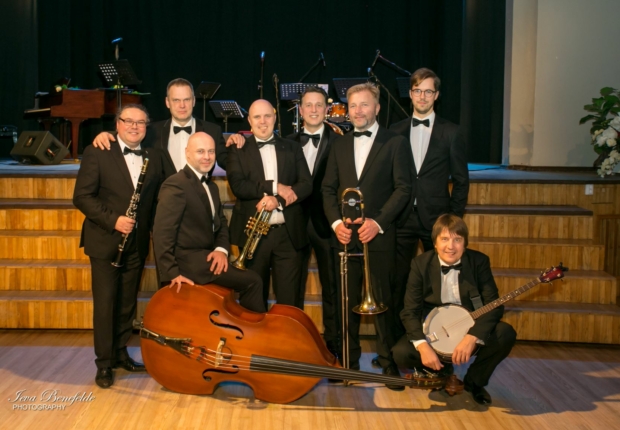 Initially the band was formed, to record a sound track for latvian motion picture “Dream Team 1935”. The movie tells about latvian basketball team, who won the first basketball championship of Europe in 1935.

The process of recording and the result was so good that the members of the band decided to continue playing together.

Another program is dedicated to early jazz music in Latvia in 1920-ies – “Roaring Twenties in Latvia”.

“Dream Team” has played in many Latvian Jazz festivals, such as “Rīgas Ritmi”, “Saulkrasti Jazz”, “International Dixieland Festival” in Umurga. The band regularly performed at Latvian Radio studio, played concerts in Riga and abroad in Latvia, and performed in jazz clubs.

Our first CD “Sonny Boy” was recorded last year, and our music is included in CD “Latvian Jazz 2017”, presented at WOMEX.

The members of the band are well known, professional latvian jazz musicians, working together for a long time in different projects.

www.facebook.com/diksilends/?ref=aymt_homepage_panel
Test We use cookies on our website to give you the most relevant experience by remembering your preferences and repeat visits. By clicking “Accept”, you consent to the use of ALL the cookies.
Cookie settingsACCEPT
Manage consent